3rd Time was the Charm 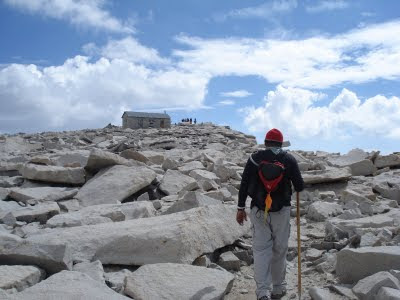 My Report is almost finished, but if you would like to check out some pics go to:
Our WebShot page

Email ThisBlogThis!Share to TwitterShare to FacebookShare to Pinterest
Labels: Marc and Tanya, Mt.Whitney

Am I still and Ultrarunner? 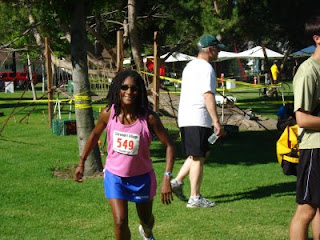 On the fourth of July Tanya and I ran a 5K. Tanya took it easy, but I pushed the envelop and PR'd. But I am and ultra marathoner, what am I doing running in 5K's. Running hard for a few miles hurts so much more than running easy over a lot of miles. But never the less I enjoy running and love the atmosphere on race days. 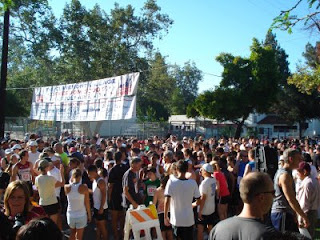 I have heard that runners as they age get slower, I must be breaking that trend. This year I have PR'd in the following race distances:
50K: 5:16:55 Orange Curtain
Marathon: 3:56:41 P.F. Chang
1/2 Marathon: 1:39:12 Fontana Days
5K: 23:07 Claremont Days
Why do I write this? It's for those people who think they are past their prime, get up off the sofa and get out there and do something. You never know what you may be able to accomplish.
MJ
Posted by Dr. Marc and Tanya at 11:09 AM 6 comments:

I haven't posted about our garden lately, but I thought for those who may be interested I would give an update. Though I don't have any pictures, our camera was on the blink for a few months. Incredibly it just started working last week after Tanya dropped it purposely. Anyway, our winter crop did great and tasted delicious! We grew collard greens and kale, carrots, beets (love the beets), and cabbage. We actually still have kale growing and about 3-4 heads of cabbage still growing.
Now to this years summer garden of which I do have a few pictures. 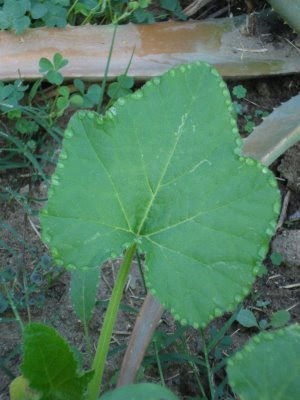 I thought this was a great shot of morning dew on a squash leaf. 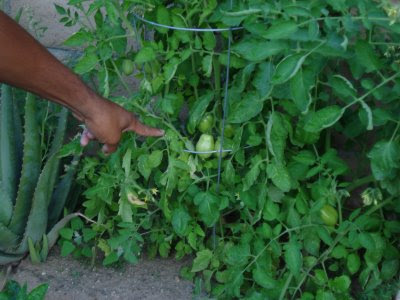 Look at the Roma tomatoes, last year we had cherry tomato's this year Roma and Big Beefy. 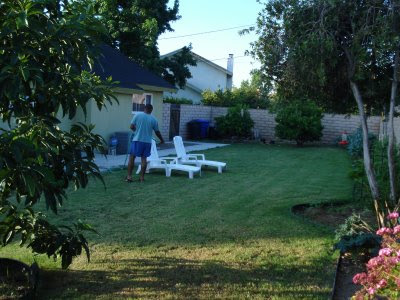 Our Avocado tree, which are the branches on the left, is doing incredibly well. It's less than 2 yrs old. 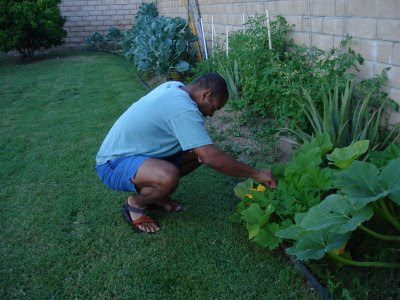 Tending to the yellow zucchini squash, and Brussel sprouts that are growing in the distance. We are also growing cucumbers and butternut squash. I can't wait until they begin to harvest to share and to enjoy. Nothing tastes better then the natural fruits and vegetable's God has provided for us.
MJ

After a training run on Mt. Baldy Sunday, as we were driving home Tanya caught a glimpse of this guy in a yard off the side of the road. I turned around and we got some shots of him. He was sneaking around looking for some easy food to munch on most likely. He stood still while we took these pictures then ran behind a shed. It was so cool, this was the first bear sighting we have had in all our years running in these local mountains. 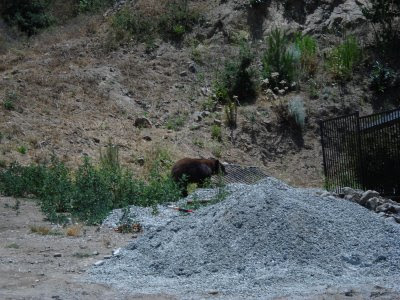 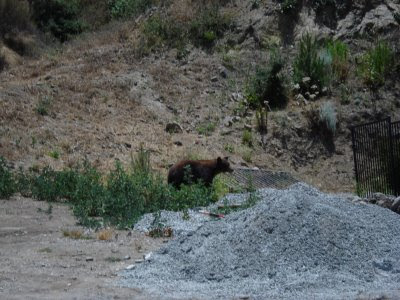 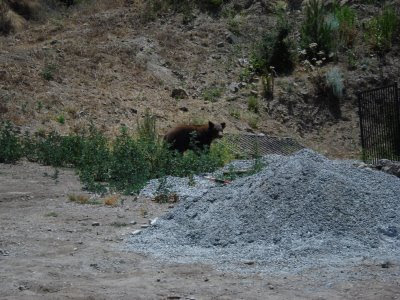 On Friday, during another training run in Claremont Tanya and I can across a large rattlesnake in the middle of the trail with a ground squirrel in his mouth. The wild like you see on the trails. I LOVE IT>>>I wish I had my camera then.
MJ
Posted by Dr. Marc and Tanya at 6:16 AM No comments: