"AIN'T GONNA BE NO REMATCH" 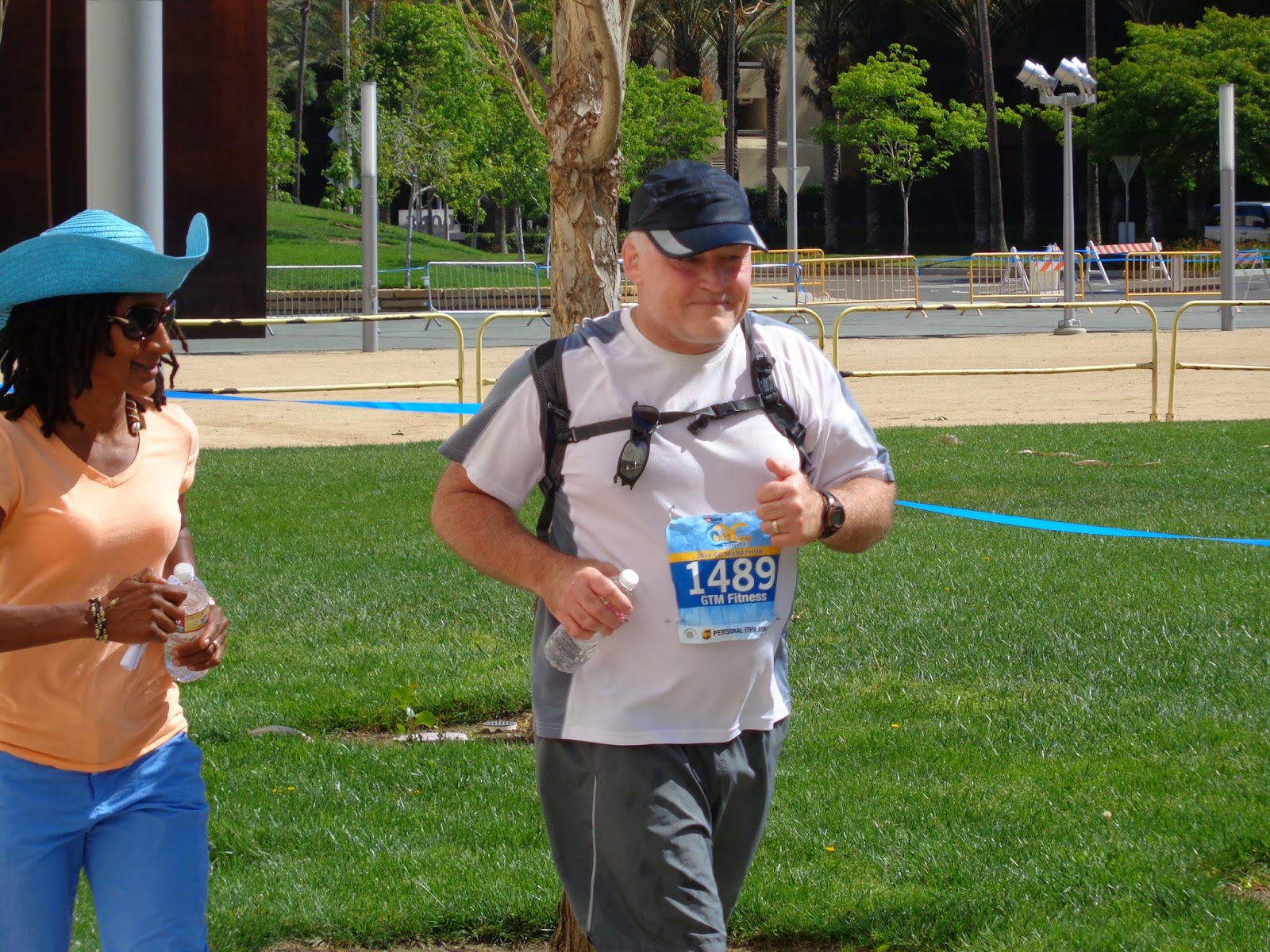 Tanya and I had the pleasure of coaching Ray Allard to run and finish his first marathon on May 4,2014; "The OC Marathon. Ray wrote a race report to tell us all about his experience.


The race (event) started anxiously for me.  I knew I would start what I finished, however it was a race against the clock to reach the half way point in time.  The only confidence I had was the training I did and the fact that my trainers had faith in me and said I could make it.  I stuck to the plan for the first mile and tried to walk and run.  I actually felt ok until the 3 mile mark, then the heaviness of the fact that I may be out here all day set in.  I hydrated my ass off and ate at the prescribed times.  It was grueling.  When the 1/2 marathoners started catching up, it was not so lonely.  At the 1/2 way point I was spent physically and mentally.  I felt my new socks slipping and I knew I had a blister.  It took every ounce of will power to run the second half and not go into the fairgrounds for a 1/2 marathon.  I was not about to come this far and not finish especially since I never wanted to run this @#!%$! Far again as long as I live.  I also knew my friends were ahead somewhere.  Then I saw Marc and Tanya for the first of many times.  All the runners around me kept saying "who are those people".  As the miles piled up, exhaustion set in deeper.  I think 16 to 18 were the toughest.  I Couldn't even alter my course to dodge a cone and ran it over.  Once I dropped my bottle cap and could barely pick it up almost cramping completely up.  The weather held up, and the encouragement kept me going,  Miles 22 to 24 were terrible.  I kept losing count of which mile I was on.  When I saw mile 23 and fully expected to see 24, I almost died.  Then I said to myself that nothing matters.  When I get there, I get there.   Once you hit the fairgrounds, they make you do a loop of about 3/4 miles.  A complete disaster.  I mustered the strength to run across the finish line, arms up like Tanya always said to.  Jeanette was there and only a few people finished behind me, however there were several DNF's  I felt great that I just finished.  I felt so much better afterwards that the 1/2 I did there a few years earlier.  Walking to the car was tough.  I rested for a few hours then went to Reynolds wedding.  I was out on the dance floor.  My kids (and everyone else) were shocked and impressed.
My takeaways were that I was stronger than I thought,  I was able to jog some every mile to the very end.  I recovered a lot faster than I thought possible for me.  I can't believe I actually thought about my next Marathon the same day I finished.  Must have been delirious, because those thought are long gone.  Thanks so much to You both for getting me ready and having the confidence in me to let me try.

Ray welcome to the Marathon Club! Your favorite quote from "Rocky" "Ain't Gonna Be No Rematch"; I'm not to sure about that, sounds like you are already thinking about the next one. Congratulations Ray, Tanya and I had no doubts, we knew you would finish.
Posted by Dr. Marc and Tanya at 8:35 AM 2 comments: